It's not what you are eating, it's what's eating you…

Archive for the ‘self worth’ Category

The BEST things to ever happen to me… 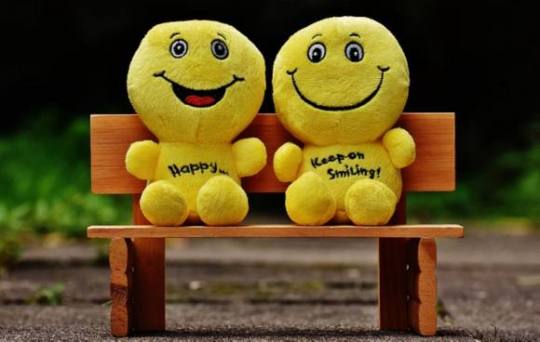 Disclaimers: There aren’t any or many, given the fact that this blog is personal and it’s meant to concentrate on what’s the best things about our lives. I might put restrictions at the end, only because I’m not going to be “babysitting” my Facebook and Twitter accounts, as I’m not on social media very much and don’t plan on going on either of those accounts, anytime soon. Thanks.

I’m trying to feel a little more positive about things, as of late. It’s kind of a struggle because I don’t feel the greatest and am kinda reclusive, while I can use the internet in a positive way, personally, I’d thought I’d try to extend that kind of positivity, in my own blog, where I do such serious life and death type of activism.

I’ve been trying to achieve that, by looking at the best things that ever happened to me and my best traits and concentrating on them, as of late, as well as of best things about people I admire versus the sucky mindset we can get into, if one is scared of a lot of things, that aren’t in the realm of their control, that sometimes we have to let that go, so we aren’t in a chronic panic anxiety state.

Here are the BEST things to happen to me, broken by year and event, in the last 3 decades for me:

1996- Going to London, as a poor single Mom on business with Princess Diana being on the flight.

2005- The hope I had as a single Mom of 2 amazing kids who was going to be a small business owner (I can use that as a good thing, even though my life didn’t turned out that way, because I remember I still had hope and was working hard to achieve a dream).

2011- Met my boyfriend who’s my best friend, who’s patient with having a girlfriend with medical, mental health and cognitive disabilities

2015- Going to Las Vegas, all by myself. Getting from McCarran International to the strip by bus and walking everywhere in between in the desert, with my current disability sets (which are now worse). Negotiating a decent hotel room rate and staying in a cool hotel (which trip is highlighted in a past blogs) like the Stratosphere, where I had a Jacuzzi tub and an amazing view from the 22nd floor.

2018-??? It’s gotta be something, cause while I can take pride in that I’m still an activist, from a “seize the day, even it’s only a DAY’ recluse point of view (will never be a YOLO chick, um just not me) have to do something.

Best skill sets I’ve had in the last 3 decades:

1988 to 2006: Could get decent jobs and had great interviewing skills. Never lived in fear while I was a functional mother, was in awe and grateful for the experience. Was a good friend. And was good at my jobs that I had and I would’ve been great at the business I wanted to start, had I not been so blindsided by circumstances that were not in my control.

2008-2011: A self awareness that I could survive a lot of bad things and circumstances and still have the decency to try to help people, even as minimally as it was, the best I could, which was very limited.

2011-2018: See directly above but add that I didn’t go through the bad stuff in vain, given my limitations, that it would be used to serve a greater good to people, in whatever way I could help, even being as limited as I am.

Knowing how to give a sincere compliment, genuine apology and constructive but kind feedback and insight. Still possessing a desire to help those who don’t have a voice and advocate on their behalf. Having the ability to engage in an intelligent conversation, debate or argument. Having gratitude for the smallest of good things and blessings.

1969-2018: Never taking anything or anyone that’s good for granted. Finding good things in trying adversity. even if it’s the little stuff.

SO,  between concentrating on the above, reading Mr. Rogers and Oprah quotes and trying to see those who overcame great odds and did good with their lives, is helping me try to not be as pessimistic, even though I’m kind of always going to be of “partly cloudy” at best, in personality.

So that’s mine. What are your best things in your life and your best skill sets???

Note: I have social media ties or know a bazillion wls peeps. Like seriously, A bazillion.

AND YES, I’d prefer you didn’t use a bariatric and/or reconstructive surgery as one of the best things that happened to you. That would count for not just wls but any surgery, unless someone’s sight was restored with corneal implants, or something extremely unusual.

Great, would love to hear about it. The fact you just had any weight loss surgery, you’re going to have to try harder, it’s for your own good, OK?